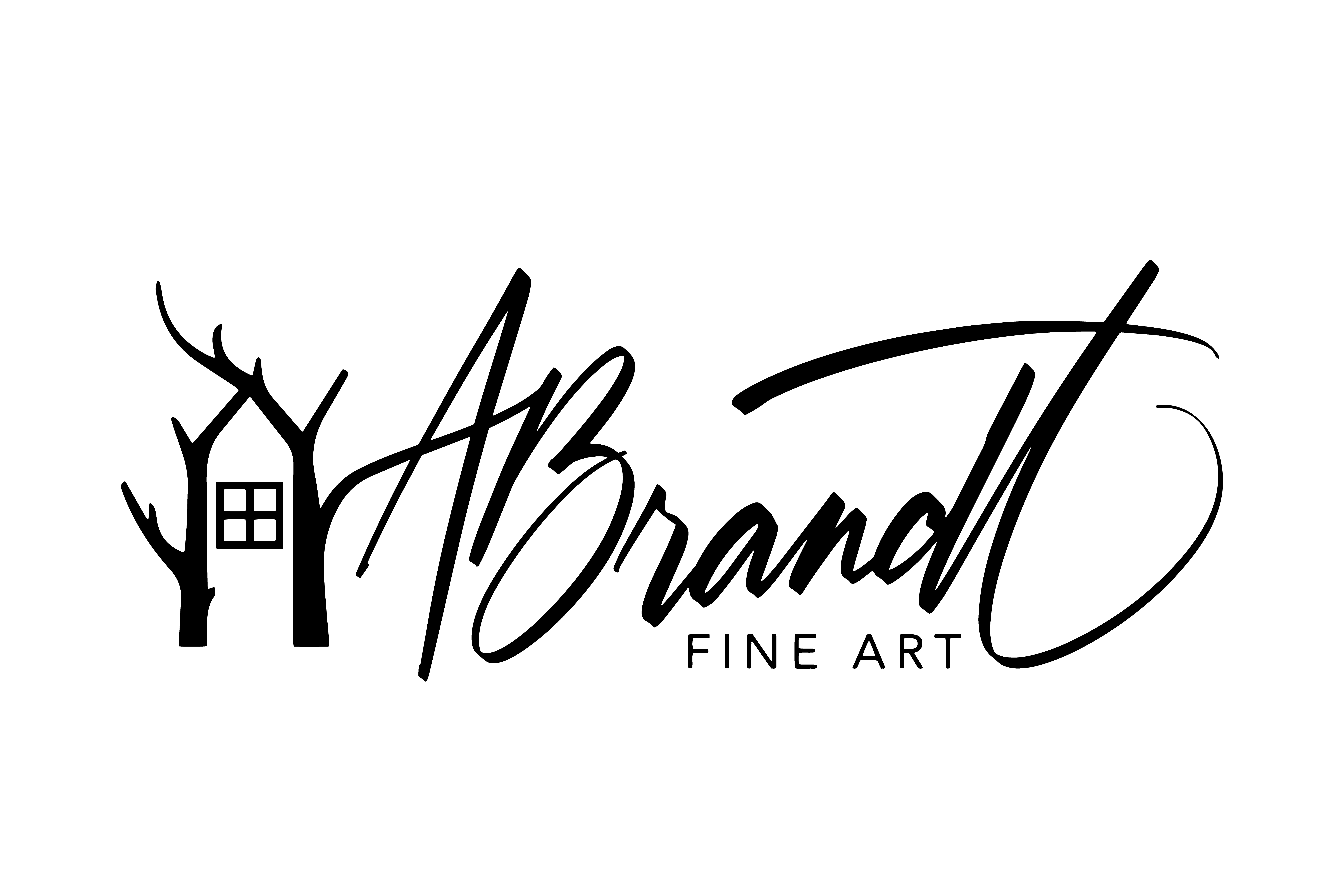 The Peach and the Piano

The Story of the Peach and the Piano

Summers were always my favorite time as a kid.  Sort of.  Hated all that summer heat and dusty gravel – but the fruit trees made up for all the sweaty dirty necks.  And since my dad was really into cow manure and water, we grew the biggest and best tasting peaches, plums, apricots, nectarines, corn and watermelons.  Being a fruit and vegetable lover – like dad – it was a hot heaven.  Nothing better than climbing the wild walnut tree overlooking the nearly dry stream bed, perching among the branches and biting into a softball size fuzzy golden peach.  There are moments in life you would always like to live over – that would be one of mine.  No peach or tree or summer breeze will ever come close to that wonderful sensation.  Until today, I think back with nostalgic fondness to that exact moment, biting into a peach, juice running down my hand and arm, the wind swaying me and the branches of the Walnut tree.

One long summer day, I was moving the water hose, helping my Dad with the never-ending chore of watering the bounty of crops of our 2 ½ acres.  Dad and Mom were out that afternoon, I don’t remember where but it probably was the grocery store, since they never went anywhere but the grocery store, the laundry mat, the post office or the Lion’s Club in our small town.  Not too much going on in a small town.  And if they did go out of town, say the exciting trip to the Cornet 5 and 10 cent store, or Bob’s Burrow Farm in Vista or The Bird Farm in Oceanside, they always took we children with them, since it was the only family entertainment we had.  But this time, they left my sister Claire and I home.  I’m sure baby Jenny went with them.  I don’t think mom trusted the two of up with a 3-year old at that time.  Probably a good thing.  I think they really loved Jenny and wanted to keep her around.  (More on that at another time).  As I was soaking my favorite peach tree, my annoying sister, Claire, whose only purpose in life was to ride and get bucked off her stupid horse Rusty, OR annoy me.  She decided annoying me was easier that day considering I had never thrown her into a corn field.  I tired to ignore her.  Didn’t work – Claire was in one of her particularly annoying moods and decided if I didn’t talk or look at her, she would kick muddy water at me to get my full attention.  I defended myself with the hose, squirting Claire, but she was relentless.  I swear that stupid horse was encouraging her from the corral across the yard.

We kept up the mud and water battle for another couple of minutes when Claire decided up escalate the ordinance.  She picked up a wet, slimy, rotten plum from a mud puddle and threw it at me.  I managed to move fast enough to only take a shoulder wound.  But messy, raunchy plum guts splat all down my arm and shirt.  That elicited hysterical laughter from Claire and that stupid Rusty started bouncing and neighing all over the corral.  In the immortal words of Popeye, “that’s all’s I can stand, I can’ts stand no more!”

There I was, being the helpful daughter, moving hoses around the yard in 97degree heat.  Just minding my own business when I get smacked with mud and plum guts from a sadistic sister and ridiculed by a rogue horse from hell.  Maybe it was the heat, maybe it was Claire running into the house – mistakenly thinking it was a safe harbor since who in their right mind would attempt to follow her into the house with a purple plum and mud clouding their mind.  But I was not in my right mind, no, that mind was left outside under the peach tree.  That purple slime running down my arm erased all sense and logic from my head.  It was payback time!  I think what clinched it was that stupid horse who shook his head at me, then turned his backside in my direction and let loose with a tail-raised fart.  How dare they (sister and stupid horse) treat me like this.

I laid the running hose in the trough under my favorite peach buddy, picked up the biggest rotten peach from the ground.  For added revenge, I dipped it in the mud and then headed for the backdoor to the house.  Looking back, I wish I had armed myself with a second rotten peach and lobbed it at the stupid horse on my way into the house.  But no – I wanted all my focused anger directed at Claire – the 12-year old who ruined my summer day.  I would get the farting horse another time.

Claire was standing in the living room, near our stand-up piano.  See my parents thought it would be only fair to subject me to piano lessons since Claire got a horse.  Sounds fair right?  Well I do believe, looking back on it, I got the better deal.  All these years later, I am still blessed with being able to play one-half of “Heart and Soul”, the only song I can play after 2 years of piano lessons.  And my piano never threw me 6 feet into the air into a field of corn or took me on a Mr. Toad’s Wild Ride through the neighbor’s vegetable garden.  I did not have to spend 3 days of afterschool labor putting said vegetable garden back together.  Claire did.  My beautiful dusty piano, which I never practiced until 1 hour before the teacher arrived, never bite or kicked me. And I never, not one time, ever had to pick up piano poop.  Yeah, I got the better end of that deal.

Back to my story…the final battle was about to begin.  Claire foolishly, placing herself in peril, chose the corner between the front door and the piano to make her stand.   I walked purposely in the living room, while “The Good, the Bad, and the Ugly” theme played in the background – in my head.  I took aim, and I have to admit here, I was never chosen as the first, second or even fourth choice on any softball team so my chances of striking Claire on my first try was slim to none.  But I focused on her grinning face, tighten my throw and let it fly.  Claire never thought I would actually throw the rotten peach because 1-we were in the house, 2-in the clean, not to be messed with house and 3-Mom and Dad would be back shortly.  She was pretty sure she was going to win this round.

But what Claire did not understand was  1-It was an exceedingly hot summer day and  2-I had put up with a summer full of her tormenting and  3-I was a 14 year old hormone surging girl who had just been farted on by a horse and had sticky plum guts running down my shirt.  There was no coming back from that level of anger.

I swung hard and strong and threw with the power of He-Man.  She ducked and the rotten peach splat on the wall where she had stood.  I vaguely heard her hysterical laughter above the sucking sound of the peach sliding down the living room wall.  My anger was not sated.  As Claire ran down the hallway yelling, “now you’re going to get it!  Wait until Mom sees what you did.”  I quickly had to change my strategy to get even.  Even though I knew she would lock herself in the bedroom and my only chance to rub peach guts into her hair was over, I vowed I would put and end to that tormenting brat.  Oh yes, she would fall.  So I calmly picked up what was left of the peach and threw it outside.  Next I cleaned the carpet and the wall thoroughly and after soap and water, finished with 409 spray.  The living room smelled clean and peachy fresh and except for the slight wet starburst on the wall, there was pretty much nothing to see.

Then Mom and Dad can home.  Behind the sealed bedroom door, Claire heard them come in and burst into the living room with such pent-up excitement, Mom and Dad had thought the greatest thing in the world had just happened to her.  Let me premise this story with a little background in our family; I am the oldest and the good girl, and Claire is the middle child and always the trouble maker.  Jenny is 11 years younger than me and the sweet baby who learned to play by herself because she couldn’t keep up with her older sisters.  Doted on by parents, Jenny never disappointed them.  But Claire was a walking encyclopedia of disasters waiting to happen.  Mom and Dad were always hoping for the day that Claire would willingly take a bath before they had to order her to do so; or decide that wearing brown or black exclusively was over and discovered the beauty of pastels, or play nicely with her sisters.  They held such high hopes for Claire.

But she opened her mouth and disappointed them.  Not only did she disappoint them, Claire made the mistake of running right up within striking distance to Mom!  And told her, Aileen the oldest daughter, who they had left watering the fruit trees in the sweltering heat and never made trouble, came into the house and deliberately threw a peach at the living room wall.  I think the excitement of being on the telling side of trouble got the better of her and on so many levels, she blew it.  What I rookie.  I only had to stand there and sadly shake my head and watch the hurricane take form.  Mom smacked Claire with a right open hand to the side of her head and one to her backend as Claire turned and ran to the bedroom sanctity.  Mom yelled for another 30 minutes and told me not to play with fruit in the house, I should know better, and thanked me for cleaning up.

Yeah, it’s great to be able to count on family dynamics.

Save to Favorites
Email a Friend

The Peach and the Piano

The presence of this badge signifies that this business has officially registered with the Art Storefronts Organization and has an established track record of selling art.

It also means that buyers can trust that they are buying from a legitimate business. Art sellers that conduct fraudulent activity or that receive numerous complaints from buyers will have this badge revoked. If you would like to file a complaint about this seller, please do so here.

This website provides a secure checkout with SSL encryption.

Become a member and be the first to receive new content and special promotions.

Your cart is currently empty.

This is only visible to you because you are logged in and are authorized to manage this website. This message is not visible to other website visitors.

Email this Image to Your Friends

Below, select which favorite lists you would like to save this product into.

Enter your email below and we'll email you a 20% OFF Coupon right now!

This offer is valid for NEW CUSTOMERS only!